Cloud services became increasingly popular over the last few years among both companies and regular computer and smart device users, and there’s a good reason for it. The main appeal behind this relatively new system lies in the fact that it makes file storage and sharing incredibly accessible on a multitude of different platforms. 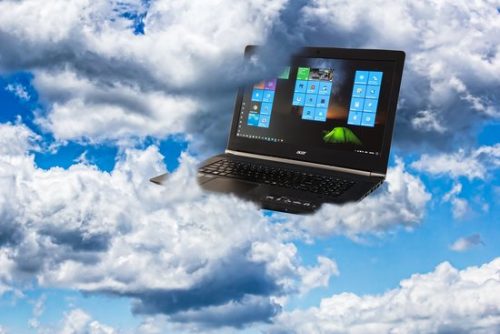 The most popular alternatives are represented by One Drive and Dropbox. The Microsoft One Drive vs Dropbox comparison is an extensive one. In this article, we will focus on the two’s benefits for users of the Windows operating system. Thus, if your gadgets run on a version of it, here is what you need to know. Hopefully, this article on OneDrive vs Dropbox will give you a better idea to choose the best one.

As its full name implies, OneDrive is the cloud storage service provided by Microsoft. It is fully integrated into Windows 8 and 10, and it is also compatible with the Windows Phone operating system. It has an upload limit of 10GB per file, as well as 5GB of free space for your files once you set up an account with the platform.

By paying a mere 1.99 dollar per month, you can get access to 50GB of storage space. In addition to this, Microsoft OneDrive is fully integrated with the Office 365 suite of programs, including Word, Excel, OneNote, and PowerPoint. This makes storing documents, presentations, and other crucial data extremely accessible.

What is more, OneDrive allows you to upload a variety of file formats, such as photos, videos, and so on. It automatically organizes them according to their type, which makes the job easier for you. Moreover, this means that all your important items will be extremely accessible and optimized so that you can use them anytime.

However, there are some drawbacks in using Microsoft OneDrive on Windows. First of all, Windows 10 apps do not target it for sharing automatically. Furthermore, the program has cut back on its storage space options drastically since 2015. It now offers just 1TB for Office 365 instead of an unlimited plan, and the 100GB and 200GB alternatives have also disappeared.

Dropbox has been a favorite among cloud storage service users for quite some time now. As far as Windows is concerned, it is compatible with both the computer operating system, as well as Windows Phone. Plus, it is incredibly easy to set up and access, meaning that you can benefit from its features regardless of your skill level.

The free version of Dropbox comes with an initial 2GB of storage space which you can build on by performing various tasks. For example, completing the Getting Started tutorial earns you an additional 250MB, and activating the automatic photo upload setting gives you 3GB. You can also invite your friends for an extra 16GB, which means no more than 32 referrals. 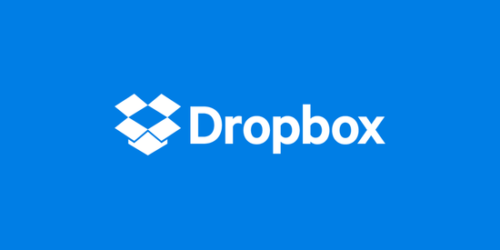 For just 10 dollars per month, you can have access to 1TB of storage space. There is no upload limit when using the Dropbox apps, but you will have to keep your files under the 10GB mark if you prefer the online version. The interface functions on a simple drag and drop premise which enhances the convenience factor when utilizing the platform.

The main shortcoming that Dropbox has is that it doesn’t organize your files automatically by any criteria, and you can’t control the way in which they are displayed. The only thing you can do is create your own folders so that the data is sorted following specific categories. Needless to say, this can be incredibly time-consuming.

On top of that, the interface of the online version is quite lackluster and doesn’t allow you to do much. Still, due to integrated Microsoft Office support, you can edit your files. This is also possible when you sync the computer to the platform, as you will see the folders you created directly in your PC’s inventory and manage them as you normally would.

OneDrive vs Dropbox (What to Choose)

Now that we’ve discussed the benefits both cloud storage services bring to the table for Windows users, it’s time to see which one is the better choice. Of course, upon first glance Microsoft OneDrive seems better suited, as it already comes integrated with the operating system and its main features.

If your main concern is full Office 365 operability, then OneDrive is certainly the better alternative. Because it has been developed by the same company, the program works a lot more seamlessly with programs such as Microsoft Word, Excel, PowerPoint, and OneNote. This means that all your documents will be backed up and readily available. 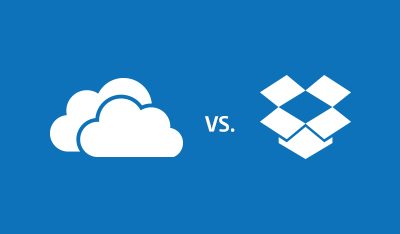 However, Dropbox also has a pretty strong integration with the Office suite of apps. In addition to this, it also has more attractive storage space offers and packages, instead of OneDrive’s meager 50GB. Of course, this would be more than enough for the average user, but if your needs are more elaborate and entail more gigabytes, it might not do the trick.

Another important aspect to consider has to do with your organizational needs. Do you prefer a service that automatically sorts through your uploads and places them into categories depending on the extension, or do you want to take care of things yourself? For the former, OneDrive is the superior option due to its automatic classification function.

Still, if you have time to categorize uploads in files yourself, Dropbox is an overall more robust service that is suitable for individual users and large companies alike. It makes secure file storage and sharing a reality, while at the same time providing impressive speeds and an overall seamless process. It is the more functional program out of two, but not by a lot.

The battle between Microsoft OneDrive and Dropbox when it comes to Windows integration is a tight one. Both cloud storage services are complex and accessible, so at the end of the day it all narrows down to your specific requirements and preferences. With the help of the extensive review performed above, you will be able to cater to your needs and make the right choice.

I am a passionate tech blogger and affiliate marketer. I review with proper research so that you can get the best product. Also solutions of the tech errors and guide by the best way.